This classic Tudoresque cottage from 1928, very near to the Flying A Studio and, oddly enough, also on land that was once owned by the movie studio, was remodeled by Peter Becker for himself. The main part of the project was to fix a mistake that previous owners had made: they had constructed a well-designed addition toward the rear but had blocked the view and the light from the garden with a new master bathroom. So that bathroom was removed, replaced by French doors that matched those in the dining room, and a new bath and closet were added next to the entrance of the master suite.

Beyond that, the idea was to make the house even more cottagey than the original builders had hoped for, with miniature English gardens made level and larger with stone retaining walls, all-new plants and trees, new brick steps, faux-painted half-timbers and plaster covered in lime paint, which is so natural and variable it’s like painting with yeast. It seemed simple enough on paper but quickly became a major undertaking, including the removal of enormous quantities of plaster, inside and out, to accommodate an apparently small number of window changes. Every architect, especially in Santa Barbara, ought to be required to do this sort of thing every few years just to be reminded of how involved – and expensive – construction always is. 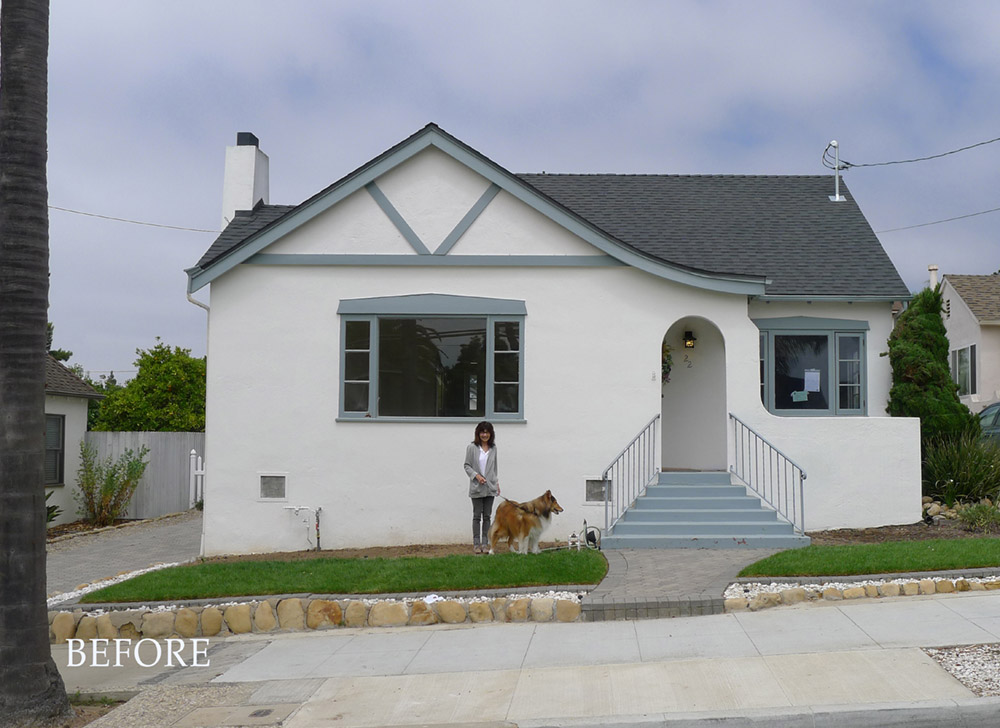 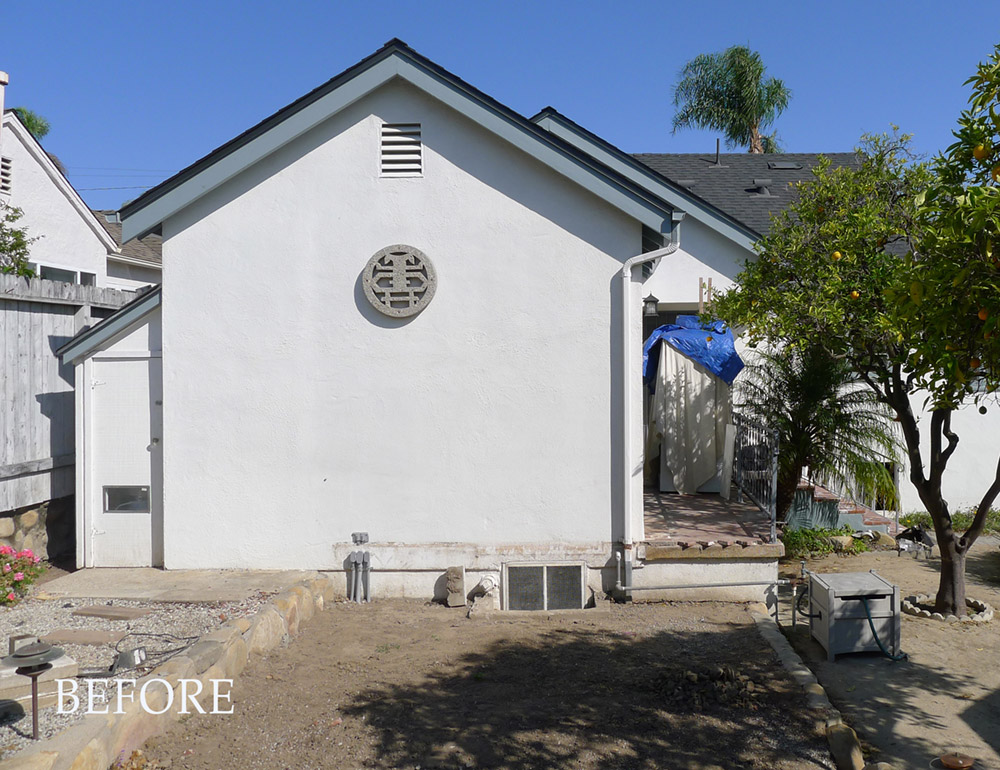 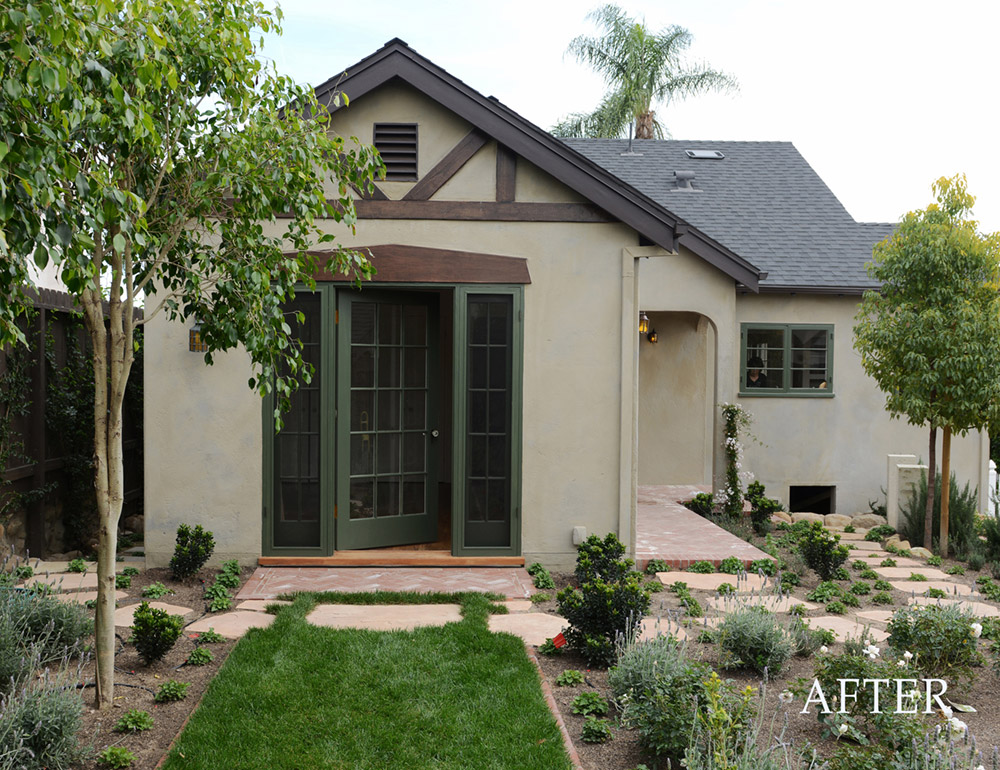