Welcome to The Flying A Studio 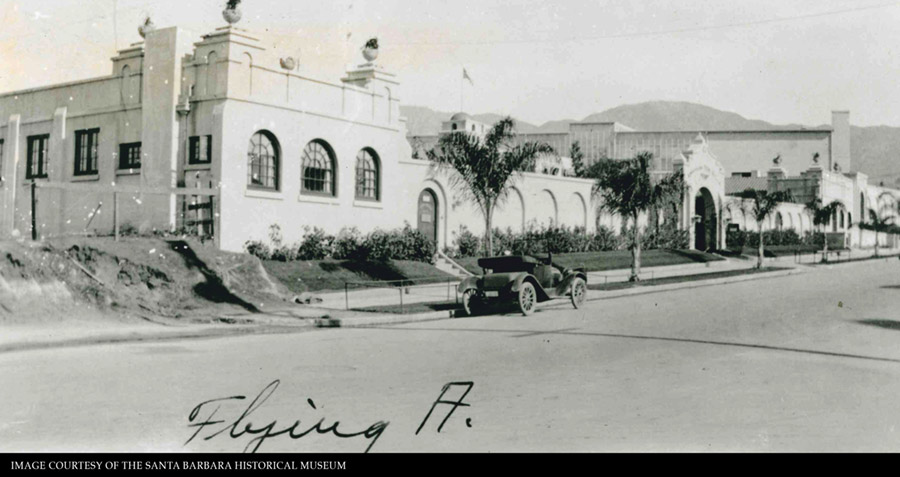 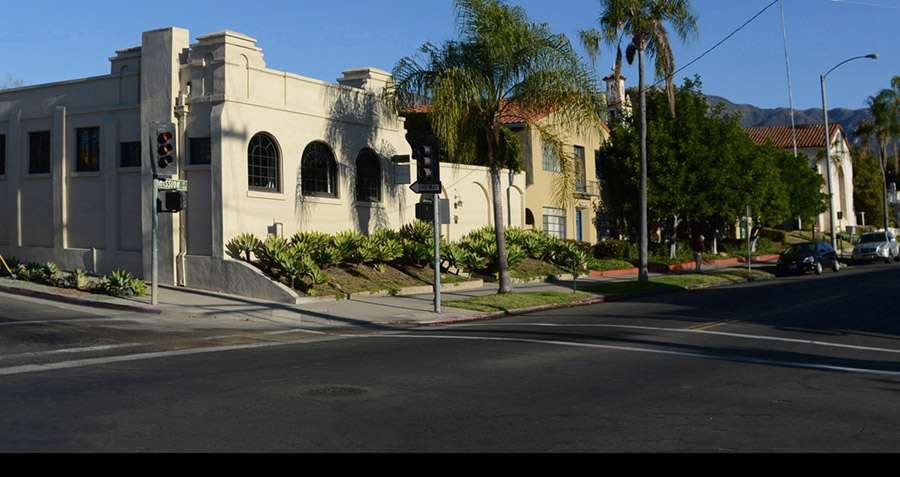 Since 1998, Becker Henson Niksto Architects have been located in the last remaining complete building of the Flying A Movie Studio, built in 1913 and now a City Historic Landmark. Although eclipsed by Hollywood in 1920, it was, during its short run, one of the largest and most important studios in the history of cinema. Today, the building says a lot about the philosophy of the architectural practice within.

ABOUT THE FLYING A STUDIO

The Flying A Studio, which was a nickname for the American Film Manufacturing Company that referred to their winged logo, was established in Chicago in 1910, when the movie industry was in its adolescence. Like their many competitors, they sent film crews to the Southwest to use the scenery for the ever-popular cowboy genre and to take advantage of the sunny weather, which kept production up. Theaters were already going through two fifteen-minute one-reelers every week. To avoid the competition for location shots in Los Angeles, they set up business in the hinterlands near San Diego and, not long after, in 1912, they moved to Santa Barbara, primarily for its large variety of places to film: there was easy proximity to wild and mountainous terrain, beautiful beaches, the mansions of Montecito and, in those days before the 1925 earthquake that inspired all the Spanish architecture, the collection of typical Edwardian buildings downtown, which could serve as the background for a city almost anywhere.

In these days of fly-by-night movie operations that often went bankrupt, the Flying A was determined from the beginning to establish itself as a high-quality business: not just a studio but a “Film Manufacturing Company” and when it arrived in Santa Barbara they announced that they would soon be building one of world’s largest and best-equipped movie studios. In order to attract the required talent from Los Angeles as well as the hundreds of workers that were needed behind the camera, they built, on a quarter of a city block at the corner of Chapala and Mission Streets, a beautiful campus of well-designed buildings, done by a local architect in the popular and very substantial looking Mission Revival style. Most of the buildings were placed along the sidewalk property lines and connected to each other with tall plaster walls with incised arches. Centered on that wall on Mission Street, there was a tall, arched automobile gate that led into a vast, and lushly-landscaped courtyard. One building, at the very corner of Chapala and Mission, was given special attention in order to prove how well the actors would be treated. It contained the green room, or actors’ lounge, along with rows of comfortable dressing rooms. The entire length of the building was shaded by a tall redwood pergola, covered in Cecile Brunner roses, and the green room, with its three large arched windows and brick fireplace, was fitted out as an elegant, wood-wainscoted and coffer-ceilinged Craftsman living room. Adjacent to it was a special gate in the wall, just for the actors.

Business began booming immediately. One-reelers became two-reelers and soon they were making feature length films and leading the country in the production of very popular serials. As in the early days of television, everything was being made up as they went along and movie crews, before licenses and releases had ever been thought about, would show up without any prior notice in front of businesses or on city streets or even inside street cars, staging car chases or love scenes or fist fights that the locals often mistook for the real thing. But Santa Barbarans by-in-large loved their proximity to this movie magic and very much appreciated the jobs that the new biggest employer in town had brought. Many people got work as extras in the movies and then would love to go to the theaters and watch themselves and their friends rubbing shoulders with movie stars.

By 1916 the Flying A had to expand, buying up two more quarter blocks and, near the corner of Mission and State, building the “Big Glass” an enormous studio space with giant glass walls on the south for natural light. Inside, several films could be made at once there, side by side without any partitions, for the silent movies did not require any sound-proof partitions or, surprisingly, any partitions at all. The producers began to demonstrate that they were not afraid to stretch the envelope in order to make more money, and made a number of near-scandalous films, one about venereal disease and another that featured America’s favorite model in the nude, all of them extremely popular and profitable. Their troupe of actors, headed by the gorgeous (and very under-age) Mary Miles Minter, had become famous throughout the world, and signing 8×10 glossies for fans had now become a leading actor’s major activity.

But, as quickly as it had begun, business started to slow down, partially due to an outdated film distribution system but mostly because Hollywood was finally on the rise and attracting all the best people. The last film, appropriately titled “Sunset Jones”, was made in 1920 and the buildings were abandoned. All of the stars were soon forgotten and only one of the Flying A alumni ever became a truly established name, Victor Fleming, who later famously directed “Gone with the Wind” and “The Wizard of Oz” in the same year, 1939.

Most of the studio buildings were torn down in the late 1940s to make way for apartments and the like. The automobile gate was left, along with fragments here and there of other structures, but the little building on the corner of Chapala and Mission, which had been the green room and the dressing rooms, managed to survive, along with its rose-covered pergola, almost completely untouched. This was due to it having been sold in 1932 to the Adams family, who caned furniture in the old green room and lived in the remainder, removing the occasional dressing room wall to accommodate their non-movie star requirements. Fortunately, the Adamses did very little to alter the building, either from a lack of money or a reverence for its past; their son Arleigh was very proud of the small parts he had gotten in a few of the films.

The Adamses were known for their longevity and Arleigh, who inherited the caning business, was ninety-four by the time he had to go to a retirement home. His departure in 1998 allowed Peter Becker to purchase the building and to immediately move in. The roof leaked and the whole interior was suffering from deferred maintenance, but everything was practically untouched and Arleigh’s beloved garden was in great shape. And so began the long process of restoration, providing the architect a great many expensive but rewarding lessons in the study of architectural preservation.